Join everyone’s favourite cheese-loving inventor and his trusty canine companion as Wallace and Gromit In Concert; The Wrong Trousers, arrives at Lincoln Cathedral.

On Saturday 4 January 2020, Lincoln Cathedral will start the new year in cracking style with five showings of The Wrong Trousers accompanied by a live orchestra.

The audience will be treated to a showing of the film on a big screen in the Nave of the Cathedral, and the 30-piece chamber orchestra will bring the soundtrack to life in spectacular fashion.

It’s guaranteed to be a smashing show and tickets for the event will go on sale on Monday 15 July. Prices start from £6. 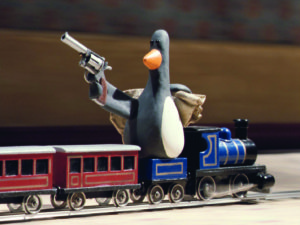 The Revd Canon John Patrick, Subdean of Lincoln said, “There’s something very special about coming together as a family to enjoy a shared experience. It can often seem that there is less and less opportunity in our busy lives to do that, so I’m delighted that the Cathedral is hosting Wallace and Gromit In Concert.

“The Wrong Trousers is one of those films that can be enjoyed by young and old alike, so I know there will be a wonderful atmosphere. Also, the skill of the animators demonstrates that God blesses us all with creativity and we should all take the opportunity to express that whenever and in whatever way we can.

“The orchestra will add another dimension to the already fantastic film, and I hope that seeing the musicians live might even inspire some of the audience to pursue the musical gifts that God has given them, whether for the first time, or perhaps returning to an instrument they used to play.” 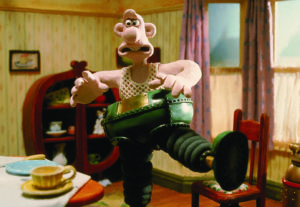 Wallace and Gromit have been firm family favourites for more than 30 years. The Wrong Trousers sees a lodger arriving at West Wallaby Street and suddenly, life gets very complicated for poor Gromit. Forced out of his room to make way for a cool-as-a-cucumber penguin called Feathers McGraw, it’s not long before he feels well and truly usurped as Wallace’s faithful companion.

There’s something not right about this penguin and when Gromit spots a ‘Wanted’ poster for a criminal ‘chicken’, it would seem his suspicions are correct. Meanwhile, the helpless Wallace finds himself under Feathers’ control – quite literally! The dastardly penguin has adapted Wallace’s Techno Trousers for his latest heist and he’s going to get Wallace to carry out his dirty work…

Join us in Lincoln Cathedral for a cracking concert and a smashing day out.