The Hallé have informed us that following surgery in the middle of August to release a trapped nerve in his neck, and under medical advice, Sir Mark Elder has very reluctantly decided to cancel his forthcoming engagements. This will give him time for the fullest possible recuperation. He will return to the podium on 24 November 2019 to conduct a performance of the Bach B minor Mass with the Hallé.

We hope you will join us in wishing Sir Mark a speedy recovery and look forward to welcoming him back to the Cathedral in the future.

For the forthcoming performance by the Halle at Lincoln Cathedral on Friday 27 September, we are delighted to share that Jonathon Heyward, the Hallé’s Assistant Conductor, will conduct the performance.

One of the most exciting conductors of his generation, Jonathon has recently been appointed as Chief Conductor Designate of the Nordwestdeutsche Philharmonie, and will be taking up the post in January 2021, following the completion of his three-year tenure as Assistant Conductor of the Hallé.

Originally a cellist, Jonathon commenced his conducting studies at the Boston Conservatory in the class of Andrew Altenbach. He went on to occupy the position of Assistant Conductor for both their opera department and the Boston Opera Collaborative from 2012 to 2014. Jonathon became the youngest ever semi-finalist at the Blue Danube International Opera Conducting Competition in 2013. Jonathon continued his studies at the Royal Academy of Music with Sian Edwards, and graduated in 2016. 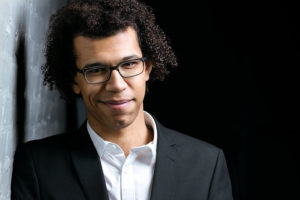