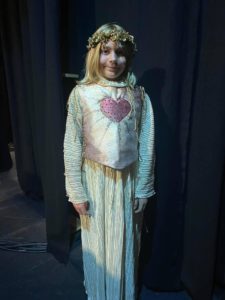 Judah in his costume and ready to perform

English Touring Opera’s long-awaited autumn tour of Handel’s opera ‘Amagdi’ has involved two of the cathedral’s choristers, Aakash and Judah, singing the role of Orgando during the production’s visit to the Theatre Royal in York.

The tour has been warmly received by the public and press, including comments that ‘[this] magical show casts an enjoyable spell…a sharp modern take on age-old themes’ (Evening Standard) and that the opera ‘sizzles with energy, fizzes with musical delight and rejoices in an understated sense of fun.’ (Bachtrack).

Having taken part in the York performances earlier in October, Aakash was invited to sing again as part of the tour’s visit to Malvern on 19 October.

Alongside their core duties in cathedrals, there is a long tradition (especially in those choirs based in London) of choristers singing in operatic and other productions, and it is wonderful that two of our choristers have stepped out onto the stage and joined this tradition of music-making alongside their contribution to the daily work of the choir in offering worship in the cathedral. 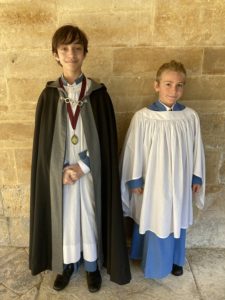