Puccini’s glorious music scores one of opera’s greatest and most tragic love stories. When the beautiful seamstress Mimì knocks on the door of the penniless poet Rodolfo their passionate connection is instant, but their happiness is threatened by a tragic discovery.

La bohème will be sung in Italian. 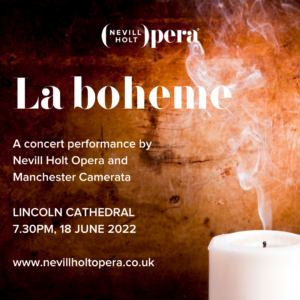