Lincoln Cathedral will be lit red, white and blue on Friday 8 May to mark the 75th anniversary of VE day, and commemorate the end of the Second World War. 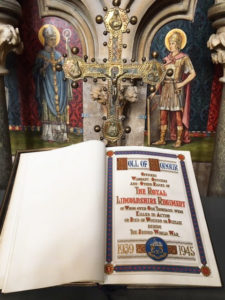 coln Cathedral has connections to all arms of the military with three chapels dedicated to the British Army, Royal Navy and Royal Air Force, and is home to rolls of honour for the Royal Lincolnshire Regiment and for No. 5 Group Bomber Command.

Lincolnshire earned the name ‘Bomber county’ during the Second World War, with more than 50 operational air fields around the county. Lincoln Cathedral was a major landmark for crews leaving Lincolnshire and a navigation point for those lucky enough to return. The decision to light up in red, white and blue for VE day reflects the Cathedral’s continuing presence as a welcome sight on the horizon for all those returning home to Lincolnshire.

In addition to this, the Cathedral is also supporting the Big Picnic for Hope campaign which is encouraging people to celebrate VE Day with picnics in their own homes and gardens, whilst also raising funds and awareness for food banks across the country.

Households are invited to share in a moment of celebration by holding a sponsored picnic to mark this special anniversary and honour heroes past and present. They can then share images from the day on social media using the hashtag #bigpicnicforhope. More information can be found on the organisation’s website – http://bigpicnicforhope.com/ 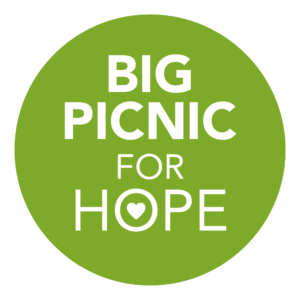 The Big Picnic for Hope aims to raise £5,000 for The Trussell Trust; a charity that supports a network of foodbanks in the UK. Anyone holding a picnic and who is able, is encouraged to donate to the event’s Just Giving campaign – https://www.justgiving.com/fundraising/bigpicnicforhope

The Very Revd Christine Wilson, Dean of Lincoln said that both the lighting up of the Cathedral and the Big Picnic for Hope were ways for people to remain part of a community, even while staying in their own homes.

“We hope that anyone who is able to see the Cathedral from their home will be reminded that although we are apart, we are still commemorating the 75th anniversary of VE day together.

“Foodbanks both locally and nationally are always in need of support and the COVID-19 crisis has meant that many more people have found themselves relying on them to feed their families. This in turn means that the food banks need to make their resources go further than ever. By having a picnic at home and donating to the Big Picnic for Hope you will be ensuring that another family can share a meal together.

“Make VE day 75 a day to dedicate ourselves afresh to peace and liberty, remember the service and sacrifice of others, enjoy a picnic and do something to make a difference and help those who are most in need.”