In partnership with the Starring Lincoln Theatre Company, Lincoln Cathedral is proud to announce that following the sell-out performances of Jesus Christ Superstar and Jekyll and Hyde in recent years, ‘Oliver!’ has been chosen as the theatre production for 2019.

The theatrical spectacular will take place in August 2019 and as in previous years will be a large-scale community project, produced by a largely voluntary creative team led by Ben Poole with the aim to engage as many local participants as possible.

The Very Revd Christine Wilson, Dean of Lincoln said “We are delighted to bring live theatre back to the Cathedral following a year’s break. Previous productions have been great examples of the community working together to deliver amazing performances in the beautiful and inspiring setting of the Nave. As well as providing an incredible theatrical experience to the audience, the production of Oliver! will also allow us to explore modern themes such as exploitation, domestic abuse and social justice through a series of lectures and educational events.”

Ben Poole invites all to attend the public meeting stating “If you are interested in being part of the production, come along to our public meeting in the Chapter House of the Cathedral on Wednesday 17th October for 7pm to learn more. There are many different opportunities to get involved and there are no barriers to participation. You won’t be asked to sing alone unless you want to! Auditions will take place for featured parts but we are looking for members of the ensemble, musicians and members of the creative team. If you love theatre, we want to hear from you.”

Auditions for the role of Oliver will take place during November so look out for more details as they are released.

For more information, please contact Ben Poole on ben@imperialteas.co.uk or the Lincoln Cathedral events team on 01522 504394. 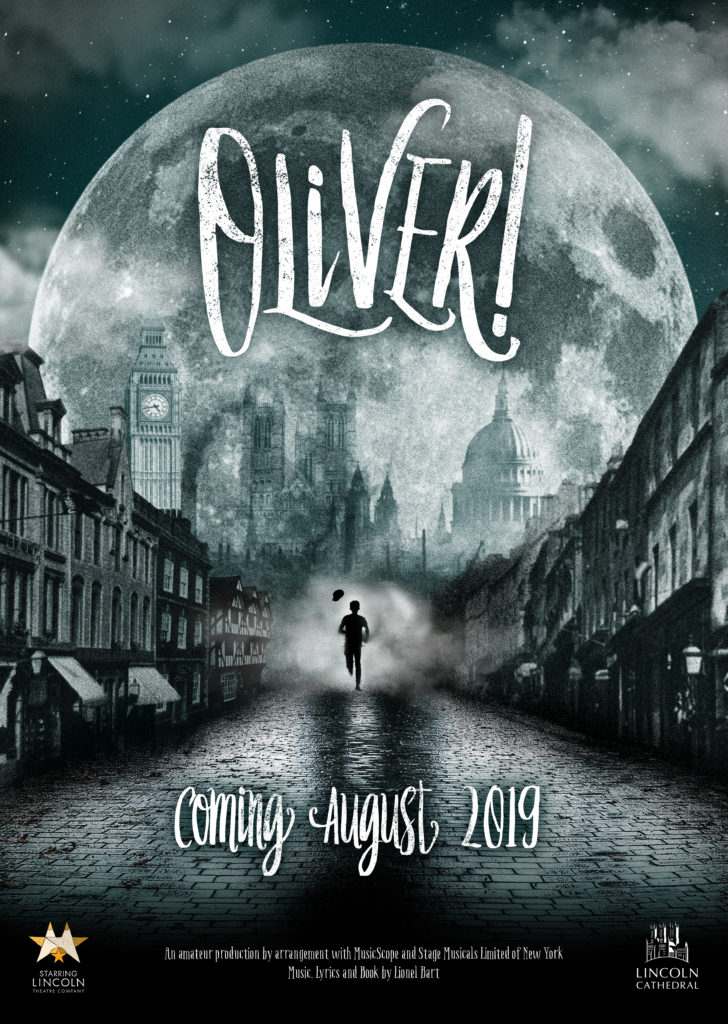