This week our conservation and works team have been replacing some Purbeck marble shafts on the West Front of the Cathedral.

It is a beautiful dark greenish blue stone, usually polished very highly, and despite its name it is actually a limestone rather than a marble. It’s not a material we use often on the Cathedral, and is notoriously difficult to work with. Our team work closely with Haysom Purbeck Stone, a small family run business which is expert in quarrying and processing the stone. They are based in a very beautiful part of the Dorset coast; the same location as our medieval Purbeck would have come from. 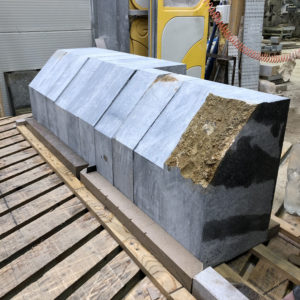 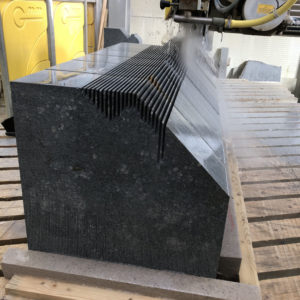 The last medieval columns on the west front were replaced with new Purbeck in the 1990s. The shafts being installed today are replacing shallow limestone replacements probably from the 20th century, although there is original Purbeck in the wall behind them. 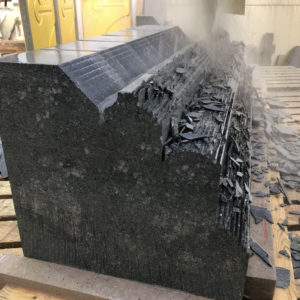 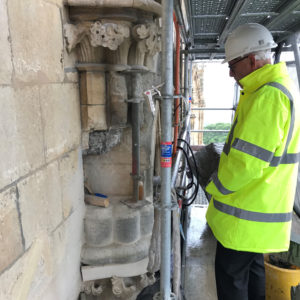 It can be a very challenging stone – as well as being very hard to cut, it deteriorates quite badly particularly on exposure to moisture, resulting in the disaggregation of the small snails (Vivparus) of which it is comprised. 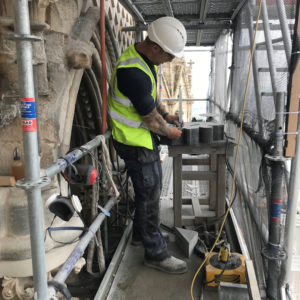 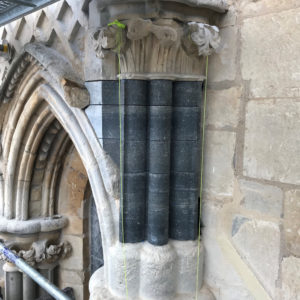